Winter Is Back For Texas Power Grid

In this blog, we examine some of the major changes to the Texas power grid, what you can expect in 2022, and some of the other lessons the state has learned after Winter Storm Uri.

What Happened In February 2021? What’s Been Done Since Winter Storm Uri Will Winter 2022 Be Different? Electricity Rates Are Not All The Same Who To Call If the Power Goes Out

Winter Is Back For The Texas Power Grid

In February 2021, Texans dealt with incredible challenges from record breaking temperatures during Winter Storm Uri. Millions were left without electricity, roads iced over, and for many, it was a time of great pain and confusion.

“The first thing that comes to mind is the difficulty that so many Texans actually had,” Energy Ogre CEO Jesson Bradshaw said. “It's something that was completely unexpected for so many people. It wasn't just cold, it was extraordinarily cold across the board.”

As we start to feel that cool air again, we understand many of you are wondering, what would happen if we had another freeze?

“If we re-rolled the dice with the things that are out there today, I 100% would not expect a repeat of February, even with the exact same temperatures,” Bradshaw believes.

Let’s see why Bradshaw, who has more than 25 years of experience in the electricity field, feels that way.

First, we have to go back a bit. It’s important to know that most power generation facilities in Texas are built with the state’s normal climate in mind.

“A lot of our plants here in Texas are configured for high heat environments,” Bradshaw says. “We have that consistently and predictably on a year in, year out basis. We can have problems where we have too much retained heat in these power plants. And so, there are schemes in place to dissipate heat or to be able to operate in very high heat environments. The situation that we saw in February is more consistent with what we might see in northern parts of the country where we're dealing with sub-zero temperatures for extended periods of time.”

Those temperatures led many people to learn the names ERCOT and PUC for the first time in February 2021. By now, you likely know the Electric Reliability Council of Texas (ERCOT) is overseen by the Public Utilities Commission of Texas, and the organizations are responsible for the Texas power grid.

ERCOT has new leadership and the PUC changed its structure as well since last February. Another key initiative, the two entities have been working with electric generation facilities to protect infrastructure from extreme cold. Companies must follow newly enacted requirements as they address what may have gone wrong last year.

“The Public Utilities Commission, through ERCOT, has required all interconnected power generators to tell them what the winterization requirements are, what those plans are, and how they expect to meet those requirements,” Bradshaw says.

He adds that the vast majority of generators submitted their winterization plans by the December 1, 2021 deadline.

Natural gas is another major factor in all of this. The natural gas production business is regulated by the Texas Railroad Commission. Bradshaw believes the coordination efforts between the Texas Railroad Commission and the PUC have greatly increased in the last year.  This partnership has led to new designations of critical natural gas facilities, as well as identifying how those facilities receive electricity during energy emergencies.

Will Winter 2022 Be Different?

This all leads us to wonder what would happen to the grid if Texas experienced another freezing weather event. By now, you might be able to tell that Energy Ogre’s CEO doesn’t expect the same result.

“I think if we were to replay the weather situation exactly as it was last year, we may still have rotating outages, but I don't think it would be nearly as chaotic or probably nearly as widespread as what we dealt with last year,” Bradshaw says. “More importantly, on a going forward basis, not only are we in better shape now, I think that there's actually a road map for us to be in better shape on a going forward basis.”

Electricity Rates Are Not All The Same

While we prepare for this February, it’s important to remember one big lesson from last February - variable electricity rate plans are not the answer.

Energy Ogre only places our members in fixed rate electricity plans. It’s been that way since we started in 2013. That spared our members from the exorbitant “wholesale” prices many Texans on variable rate plans faced last year.

We choose fixed rates to protect our members from market volatility, and because over time, the math has proven out - fixed rates plans work out better financially for you, the consumer.

Who To Call If the Power Goes Out

Again, while improvements have been made, your power can go out for a variety of reasons.

In case that happens, you’ll want to check with your transmission/distribution service provider (TDSP). You can find their phone numbers and links to their outage trackers here. 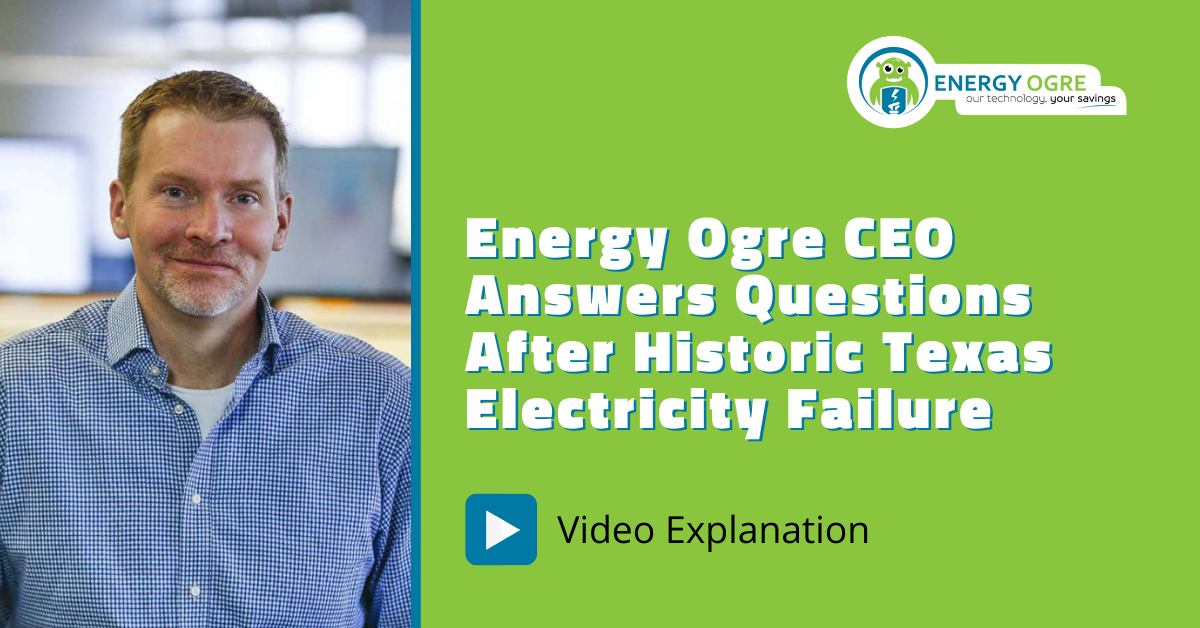