What to Know Before Moving to Texas

In this blog, we highlight important aspects of living in Texas for those considering a move to the Lone Star State.

Texas is known for a lot of things like barbecue, rodeos, and hot summers. But there’s a lot more to the Lone Star State – and it’s those reasons why people are moving to Texas from all over the country. So, if you’re still debating whether Texas is the place for you, here’s everything you need to know before making the big move down south. 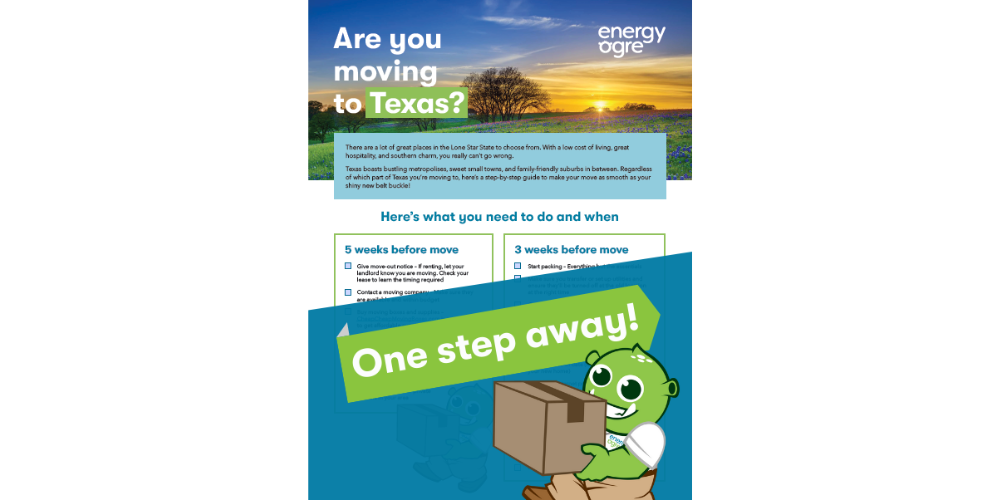 Best Modes of Transportation in Texas 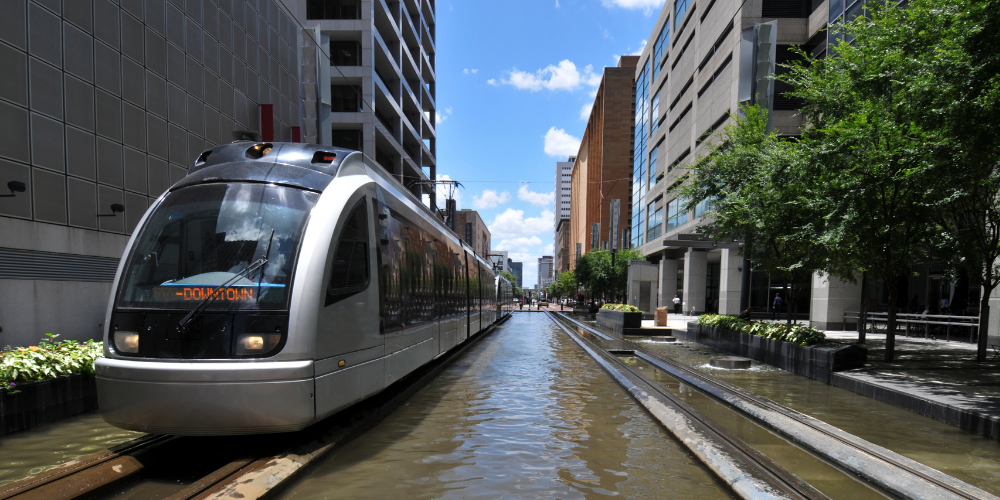 If you’re coming from major cities in the northeast or walkable areas of California, you may be surprised how many people drive in Texas. Comparing Dallas vs San Antonio or Houston vs Austin, you’ll find most Texas cities are designed for cars (and prioritize that mode of transportation). Whether it’s the hot weather, ample space for parking lots or an all-around appreciation for Texas-sized trucks, you can expect to drive to and from most places.

If you were hoping to leave your car behind when making the move to Texas, you’re in luck. Most Texas cities offer other public alternatives. There are metropolitan transit authorities (MTAs) in Austin, Houston, Dallas, Fort Worth, Corpus Christi, San Antonio and El Paso—and rural transit systems for 36 districts all over the state. So, if you prefer taking the bus, that option is often available.

Of all the big cities in Texas, Austin is definitely the most pedestrian-friendly. With bike trails, public scooters and a walkable downtown—commuting is easy with these options:

By bus: Houston is big and the METRO can get you all around the city

By railway: This specific line of the METRO system only runs within the heart of the action

By taxi: Hail a cab from any of these locations and pay just $6 for your city fare

As the population rapidly grows in Texas, conversation concerning transportation mostly centers on roads and highways. However, with the state’s vast public transportation system and ride share options like Vonlane and RedCoach, getting around the country’s largest state is easier than you think.

Are you wondering “is Texas a good place to live?” Safety and crime rates are among the top things to know before moving to Texas. The state ranks pretty average when it comes to overall crime. According to crimegrade.org, Texas is in the 33rd percentile for safety, meaning the crime rate is slightly higher than the average state. As expected, crime rates are higher in more populated areas (major cities and metropolises), and the same proves true with Texas. Though you will see higher crime rates in the

southeast as opposed to the northwest, it could be a result of more retail establishments in the south. There’s obviously a lot to consider when making the move to Texas, but online resources make it easier than ever to check community crime maps, get to know potential neighbors and get a vibe for your new (possible!) neighborhood. And remember, there’s a reason people say “don’t mess with Texas” — everyone tries to have each other’s backs.

Electricity Factors in a Texas Home From Energy Ogre’s CEO

“Hi, my name is Jesson Bradshaw, and I'm the CEO here at Energy Ogre. I want to talk to you a little bit about electricity cost for homes and types of things to consider when someone's either moving to Texas or moving within Texas, what types of things are going to affect the overall electricity profile of that home, and I think I'd like to break that down into two categories.

One is consumption. What types of factors are going to increase consumption? And then secondarily, in certain cases, there's a question about costs and how you can affect the costs. But when we start talking about consumption, one of the first things to think about is how large is the home? You know, larger homes are, generally speaking, going to consume more electricity than a smaller home that is of the same vintage.

Along those lines, the age of the home has a very large point to play in how much consumption that house is going to end up having. Newer homes tend to have much lower overall consumption profiles due to their energy efficiency in their building materials, as well as their construction techniques. Older homes may not be quite as well insulated and have potentially much higher electricity usage for their square footage.

Other factors like the age of the HVAC equipment, those pieces of equipment, they do degrade over time and they do become less efficient over time, as well as other options. Is there a pool in place? May there be a guest house? The window units - things of that nature. All those factors play into what the electricity consumption side will look like for any individual home within certain areas of Texas.

If we start thinking about the costs, some areas of Texas are available to choose their electricity provider, existing within the competitive marketplace. Well, there's a myriad of options that they might be able to choose from that can be specifically tailored to the lifestyle of the homeowner. Whereas, other parts of the state are behind municipal utilities or perhaps some other entity that's not open to competition. In that case, there are not a whole lot of options other than specifically trying to focus yourself on trying to reduce overall consumption.”

Most Dangerous Cities in Texas 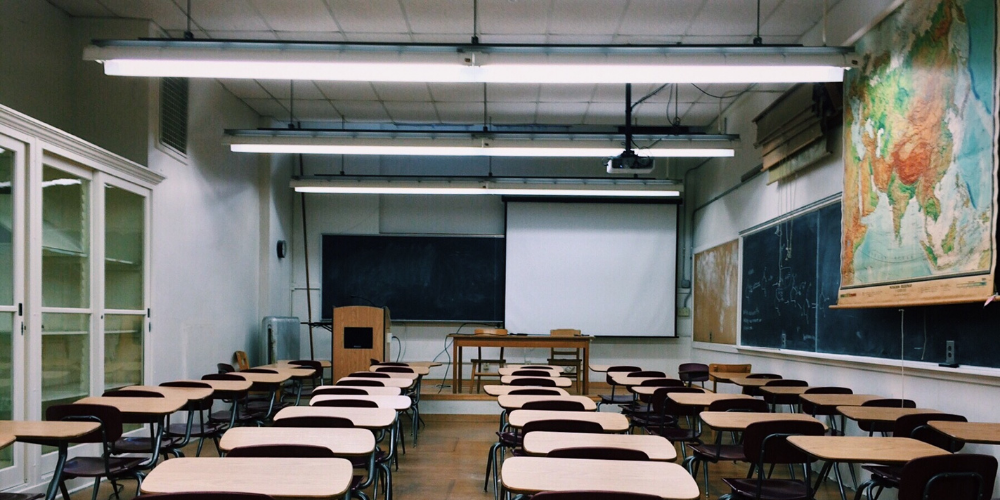 Whether you’re looking for the best high school football teams in Texas or schools with the highest test scores, there’s a school district for you. Texas is unique in the sense that there are over 3,000 high schools, nearly 8,000 elementary schools and more than 5.3 million students enrolled. So, if you were looking for options you’ve come to the right place.

And once your kiddos graduate high school and begin preparing for college, Texas is home to some of the nation’s best universities. Colleges like University of Texas at Austin or Texas A&M University are the top two public options, with Rice University and Southern Methodist University ranking the highest for private schools.

No matter where you choose, you can expect competitive sports, rigorous academics and good, ol’ southern hospitality at any one of the state’s schools. 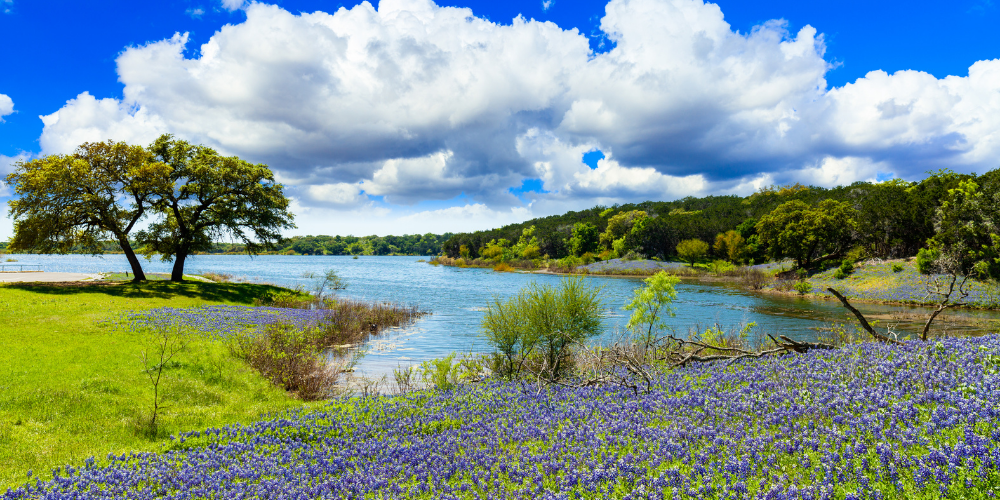 Best piece of advice for anyone moving to Texas? Your snow boots and heavy parkas won’t be making too many appearances. While areas in north Texas absolutely have some chilly winter nights, what Texas is known for is our hot summers.

Most of the year has a very moderate climate so you can enjoy outdoor activities year-round! If spending more time in nature, swimming in pools or enjoying an open window is on your to-do list, Texas might be worth checking out.

Luckily, most of Texas is in a deregulated electricity market, meaning residents can choose which energy provider they want. That’s where Energy Ogre comes in. We do all the work for you and find the best electricity provider for your needs – so you won’t be shocked by your first Texas electric bill.

Wondering what’s the coldest place in Texas? Well, on the night of February 12, 1899, Tulia in Swisher County (near the extreme southern Texas panhandle) reached –23 degrees. And the hottest temperature ever recorded was 120 degrees near Odessa on June 28, 1994. Hopefully, you won’t be experiencing either extreme when you decide to make the move.

It’s not hard to sell yourself on moving to Texas—and if you’re ready to come on down, don’t miss our download moving checklist below or our breakdown of some memorable Texas towns, big and small.

Moving to Texas? What to Know About Big & Small TX Cities

Top 5 Reasons Why Everyone is Moving to Texas

Moving to Texas? Use this Moving Checklist