Honor Their Sacrifice. Educate Their Legacy. 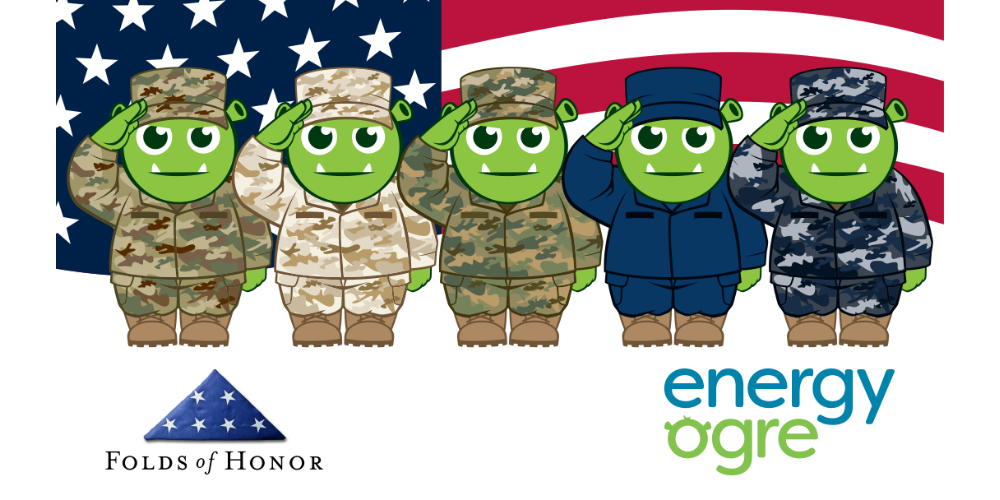 Our veterans and their families sacrifice much more than we sometimes realize. And they offer that sacrifice to help protect, defend and honor our wonderful country. Since 2007, Folds of Honor has been focused on one, single mission: To provide educational scholarships to spouses and children of America's fallen and disabled service-members. It's their way of giving back to the amazing families of veterans.

As his flight landed, the pilot announced they carried the remains of Corporal Brock Bucklin on board, asking all passengers to respectfully remain seated while his casket de-boarded. Major Rooney watched as Corporal Bucklin's twin brother walked somberly alongside the flag-covered casket to meet his family. Among them was the deceased Corporal's young son, Jacob. Major Rooney ached as he thought of his own wife and little girls.

Seeing the other side of war through the eyes of Jacob, was life-altering. Sadly, over half the passengers had disregarded the pilot's request and de-boarded. Major Rooney decided he had to do something. Not only would he pay tribute to American service-members and their families, but he would also live as a reminder among civilians that it is our duty to honor the sacrifices of those who preserve the freedoms we so easily take for granted.

Major Rooney committed to spending his life-changing the future of America's grieving spouses and children. In 2007, he formed the Folds of Honor Foundation; a 501C-3 nonprofit organization dedicated to providing educational scholarships to the families of these heroic Americans.

Energy Ogre is truly committed to our veterans and their families. This cause is close to our hearts and we are thrilled to partner with Folds of Honor to bring awareness, give you more savings, and honor our brave veterans and their families. Sign up with the code FOLDSOFHONOR, and a portion of your membership will go toward scholarships for the families of fallen and disabled service members. You'll also get your 13th month free!

Do Higher Gasoline Prices Mean My Electricity Bill Will Increase?

Why Texas Electricity Prices Are Rising & How You Can Save Money