Texas weather always keeps us on our toes, doesn’t it?

In this blog, we will do our best to explain this crazy week we’ve had in Texas—the weather, the electrical failure, what your next bill will look like, and the long-term effects of what this storm means for Texans.

If you’d prefer, you can learn about the topics discussed below by watching these brand new videos of Energy Ogre CEO Jesson Bradshaw in our latest blog post!

A brutal winter storm shuts down the Texas electricity grid.

Why did the cold weather affect the grid this much?

When will my electricity be restored?

How much will my next electricity bill cost?

Will prices spike in the future because of this past week?

Will my electricity company go out of business?

How can this disaster be prevented in the future?

When will my water be restored?

When will my water be safe to consume? 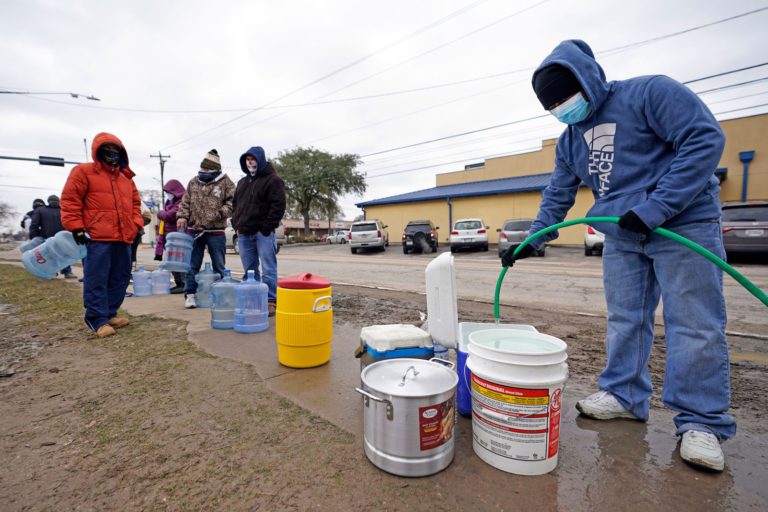 A massive power crisis spurred by a historic and brutal winter storm in Texas has also become a water crisis. The storm caused millions of Texans to live without electricity and/or water since Monday, many of whom have gone without each for days on end.

Texans are not used to fighting through record cold and several inches of snow that blanketed many cities this week. And our electrical grid, managed by the Electric Reliability Council of Texas (ERCOT), struggled to weather this type of storm and the sustained freezing temperatures it delivered.

The entire state was placed under a level 3 Energy Emergency Alert, meaning electric demand was very high, and supplies couldn’t keep up. Reserves dropped below 1,000 MW and were not expected to recover within 30 minutes; as a result, ERCOT ordered transmission and distribution companies (Centerpoint, Oncor, TNMP, AEP-Central, AEP-North) to reduce demand on the system. This type of demand reduction is only used as a last resort to preserve the electric system's reliability as a whole.

The transmission companies decide where to turn the electricity off while maintaining critical sources such as hospitals and registered critical care customers. We expected rolling blackouts meaning rotating resources among the grid.  Unfortunately for many, when the lights went out, they stayed out.

Several key factors played a role in such a massive shutdown. We will do our best to unpack what some of those factors were.

Why Did Cold Texas Weather Shut Down Our Electric Grid?

Let’s start with this; electricity is the ultimate “just-in-time commodity.” This means at every single moment throughout the day, the state’s power plants must generate the exact amount of electricity that we will need (including a small reserve margin if it’s needed).

Texas is very diverse in its electricity resources. We use natural gas, coal, wind turbines, solar panels, nuclear technology, hydro, and a few other resources to create electricity.

When our natural gas resource has frozen gas wells, wind turbines are stuck, and solar panels are covered with snow, there will clearly be a production problem.

The Details of This Week in Texas Weather

This record greatly exceeded what experts predicted—they projected the peak to be 57,699 MW for this winter season and then the weather anomaly. This new demand record set the tone for what was to come this week. If supply doesn’t meet demand, then a blackout may arise.

Consequently, with demand at record highs and freezing temperatures, wholesale electricity prices went beyond the $9,000 per megawatt-hour (MWh) cap to show the true scarcity of electrical generation.

We can only assume retail electricity providers (REPS) and electricity generators suffered significant financial loss from this event. In all fairness, no one could have reasonably predicted 2021 would get this cold for so long as this was a once in 130-year event.

To make predictions even more difficult… as the population of Texas grows, so does our electricity demand. Simply put, more people means more power needs to be made and put into the grid. By the time ERCOT and REPs realized this electricity shortage problem was emerging, it was too late to make any kind of meaningful change.

When Will My Electricity be Restored?

As of Saturday, Feb. 20, ERCOT has announced conditions are back to normal. They released a statement saying that electricity has been restored to most of their customers and that customers should contact their electric provider if they are without power. 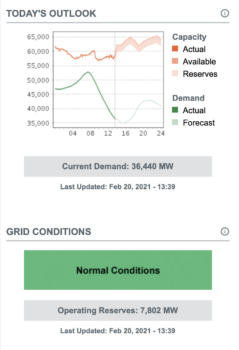 ERCOT’s report also stated customers who remain without electricity likely fall into one of these three categories:

In conclusion, ERCOT says some level of rotating outages may be needed over the next couple of days to keep the grid stable. But those outages shouldn’t last longer than an hour and a half.

Will My Electricity Bill Spike This Month?

Depending on the type of electricity contract you’re in, the answer will vary. Here’s why!

Hopefully, that explains what you should expect your next bill to look like. If you’re wondering what the long-term effects of this incident will be, we’ll do our best to forecast that for you too.

Will My Electricity Bill Spike in the Future?

With spring/summer comes warm weather and higher electricity rates. That’s just part of life for Texans who heavily depend on their AC systems. But regarding the situation at hand…

With the amount of competition that exists, even if some REPs go out of business, Jesson Bradshaw, Energy Ogre CEO, is confident enough providers still exist to maintain competitive pricing. He does not anticipate long-term price inflation where providers attempt to “squeeze the customer base to try to extract their margins back.”

There will undoubtedly be intense conversations about our electricity system's future to understand what happened, why and where the system failed, and to protect Texans moving forward.  Clearly, we must identify solutions capable of preventing this massive failure from reoccurring.

With any innovation or renovation, there is a cost associated. Weather-proofing the grid will require a massive investment of both time and capital. I know, you’re probably wondering, “Will I be paying for these changes moving forward?” Probably! Higher prices for a more stable system should prove worthwhile if things head in that direction.

However, we will know more after Thursday, February 28, when the House State Affairs Committee and Energy Resources Committee hosts their joint meeting. They will discuss what factors led to statewide grid failure.

From that discussion, we’ll better understand what potential solutions (and costs) to expect in the future. One thing is certain, though–until improvements are made, Texans will be vulnerable amidst snow and freezing temperatures each year.

Will My Retail Electricity Provider Go Out of Business?

It’s likely some electricity providers could go out of business due to this cold, dark week. In fact, there are nearly two dozen load-serving entities (LSEs), which can be REPs, municipalities, or co-operatives, that could possibly default, according to one report. However, we want to be clear—the financial consequences of this situation are far-reaching, so it is currently impossible to determine who the “winners” and “losers” will be.

Throughout the year, regardless of the season, REPs must shut down if they don’t have the money to pay for the electricity their customers used. When this happens, they either sell their contract to another provider or their customers move to a Provider of Last Resort (POLR).

The POLR’s rates will likely be higher than what you were paying before. If this happens to you, you should immediately find a more competitive plan on the market. If you’re an Energy Ogre member, we’ll take care of this for you.

What Will Prevent This From Happening Again?

In the last 35 years, Texas’s electricity system has been overwhelmed three times because of extreme winter weather. As we mentioned earlier, we’ll know more about the path we take as a State moving forward once the House State Affairs Committee and Energy Resources Committee host their joint meeting.

Some critics of deregulation have argued that a competitive marketplace allowed for this large-scale failure to occur. Though the argument that a regulated system could have handled the situation better bears some validity, we saw first-hand some regulated markets shut down as well.

For example, Austin Energy in Austin and CPS Energy in San Antonio is both regulated, and they also experienced many outages.

When Will My Water be Restored?

According to a TCEQ spokesperson, more than 11 million Texans lost access to water, either temporarily or indefinitely, as of Wednesday afternoon. This water disruption encompasses 600 public water systems in 141 Texas counties.

As of Friday morning, it appears many areas are starting to regain water.

Many apartment complexes shut off all water to avoid burst pipes and flooded units. My guess is once temperatures are north of freezing, complexes will begin restoring water to residents. A call to your leasing office or landlord should provide a better time frame.

When Will My Water be Safe to Consume Without Boiling?

At a Texas Commission for Environmental Quality (TCEQ) press conference on Wednesday, TCEQ Executive Director Toby Baker attributed water quality issues to the lack of electricity, frozen and broken water lines, and people dripping faucets so much that it was causing lower water pressure.

Baker also stated there are only 135 labs in the state that do that sampling. This means we may have to boil our water indefinitely. We’ll update this article once the advisory is lifted!

Signup to volunteer to transport and deliver resources to vulnerable communities

Here are some other articles you may find helpful at this time:

Who Do I Call for a Power Outage in Texas?